Following the appearance of Belgian Beer in Hanoi in 2004, Ho Chi Minh City will host the 2015 Belgian Beer Festival for the first time late this April. The Belgium – Luxemburg Chamber of Commerce in Vietnam takes in charge of organizing the festival, which aims to promote the Belgian beer culture to Vietnamese people and expats currently working and living in Vietnam.

During the event, more than 50 Belgian beers are expected to be introduced – according to the Belgian Ambassador. Visitors can come to enjoy many varieties, qualities and many special flavors of beer, from strong and tasteful to fruity and light beers. 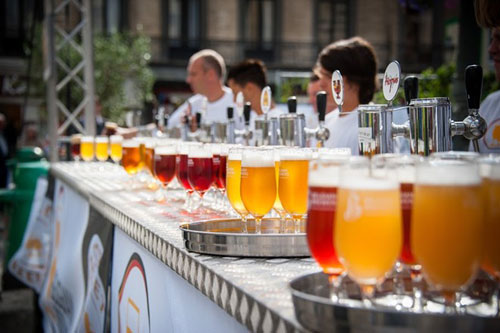 Belgium is not only famous for chocolate, potato fries and diamonds, but it also treasures the World’s thousand-year-beers, which was acknowledged as a UNESCO World Heritage in the previous year.

“While other European countries were famous for wine, Belgium was famous for beer. Every village or area in Belgium has its own type of beer” said Jan Segers, board member of Belgium – Luxemburg Chamber of Commerce in Vietnam. He was also proud that Belgian beer has widened its popularity from Europe to Asia.