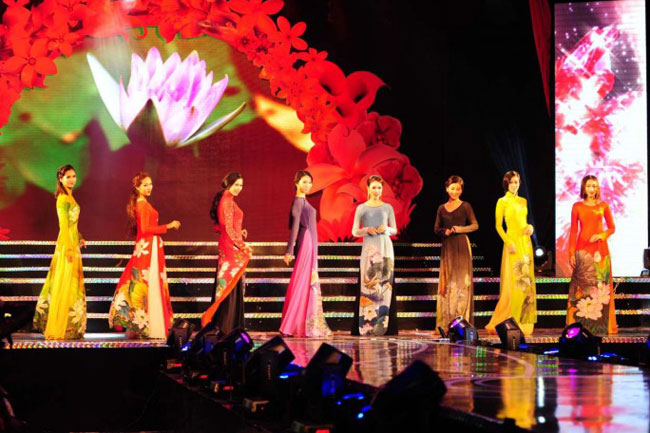 The event is part of the city’s activities to promote and popularize the municipality’s tourism to local and international tourists. It is also among the programmers organized to celebrate the 40th anniversary of the Liberation Day (April 30, 1975-2015).

The event drew the participation of over 40 businesses and esteemed designers.

In addition to an exhibition of the traditional dress through the eras and an Ao Dai show, the two-day event included painting and photo contests, a design competition, and talks with prominent Ao Dai designers.

Addressing the opening ceremony, Nguyen Thi Hong, Vice Chairwomen of the Ho Chi Minh City People’s Committee, stressed tourism is one of the city’s key economic sectors, contributing to the socio-economic development of the southern hub and the nation at large.

In response to the festival, themed “Ho Chi Minh City – the city of the Ao Dai”, all female staff in departments, agencies and companies operating in tourism will wear the traditional long dress from March 2-13.